Description of the Regional strategy for sustainable construction: pdf 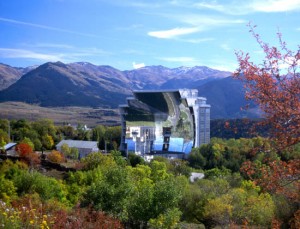 The Regional Park is located in southern France in Pyrenees-Orientales (Languedoc Roussillon region) bordering the province of Catalonia (Spain) and Andorra. It also surrounds the tiny Spanish enclave of Llivia. This regional park has 64 municipalities, located an altitude between 300 and 2900 meters, spread over 120 000 hectares. The population of this territory is about 20 000 inhabitants. Most of all are small rural municipalities; the biggest has just more than 2 000 inhabitants.

Its climate is subject to the mountain and mediterranean influences. Its geomorphology and its geographical location give this territory a very important potential on renewable energies: hydroelectricity, solar energy, geothermy and wood energy. This territory has a rich story with renewable energies production since the creation of the first hydroelectric plants to operate the “yellow train”, a light railway through parts of the french Pyrenees, then, the installation of two solar furnace in Mont-Louis and Odeillo and the thermodynamic solar central of Themis. Currently, the renewable energy production represents 33 percent of energy consumption of the territory, which 72 percent is hydroelectric.